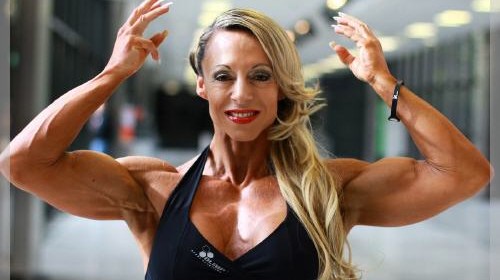 Question. Nathalie Schmidt we already know you as a professional bodybuilder, personal trainer and, most recently, as a ninja warrior participant. How did you come to report to the Ninja Warrior?

Nathalie. I found out last year from an athlete I had prepared that this format should be available in Germany in 2016. I then applied for the casting in Berlin, and in January I was invited to it. Surprisingly, it went so well that I was invited to an interview straight away. Then, a few weeks later, I received word that I was chosen from among thousands of applicants for the show. I was really happy because I love new challenges J 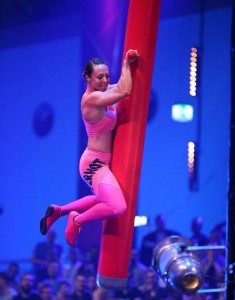 Question. How did you prepare for the show?

Nathalie. In the weeks leading up to the recording in May, I have to do a lot of endurance training in addition to my strength training. We have also created a couple of Crossfit opportunities in our garden, and I have often visited playgrounds since I was a child. J I had so much fun that it has now become an integral part of my training! I don't just want to look muscular, I also want to be flexible and durable! It was always clear, however, that my muscular body, which I need for my sport, would always be in the way when it comes to Ninja Warriors. However, I tried to do my best!

Question. What is your training and diet like at the moment?

Nathalie. At the moment I am with my family in Spain, where of course I also enjoy life and my family, but here too I never eat more than three times a day and always keep the protein content high. I never count my calories because I now know my body very well and am not a fan of these "new modern" apps or any measurements and statistics! I look in the mirror and know whether it still fits or not ;-). Since I depend on being in good shape for my job, it means for me that I almost always have to strictly watch my diet! I train 6 times a week and legs at least twice a week!

Frage. How important is nutrition in your athletic life?

Nathalie. As mentioned briefly, nutrition plays an important role for me. In fact, I always have to make sure that I stay in shape. I would like to be available immediately for any inquiries, or I usually ask for a period of 3 weeks to lose another 3kg. But of course I also love “bad food”, like a pizza or an ice cream 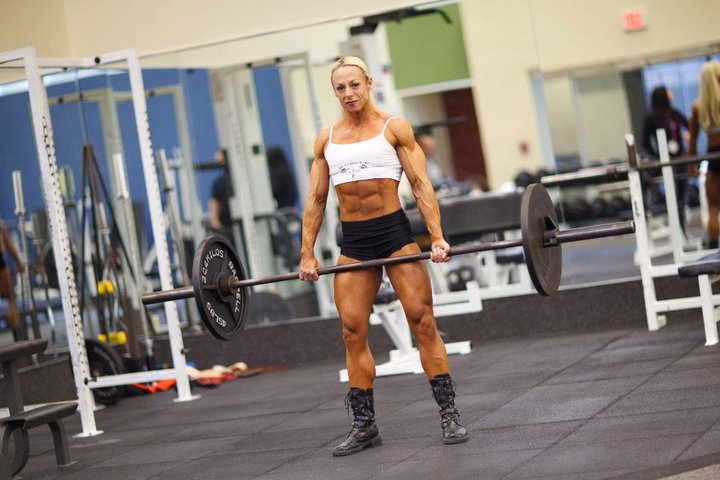 Question. When can we see you on stage again? How do you envision your future?

Nathalie. At the moment I have oriented myself more towards television, theater and opera. I am engaged with my husband for the Chemnitz Opera, in which I play a role in the Turandot opera. The rehearsals started 3 weeks ago and the premiere will be in September. The piece will then be performed there until March. From October on I will play a leading role in the dance piece “Wonderwoman”. I will then spend some time in Berlin and Leipzig because the piece will be performed there. So I've actually got where I always wanted to go, in acting. The last few years in competition have often been very humiliating and frustrating for me. Despite good form, presentation and everything that the rules for Pro Women’s Physique actually provide, I was often devalued for, in my opinion, political reasons. I often had the feeling that the European athletes had to get in line first! In my time as an amateur I have always received my well-deserved placements as a reward for very hard work, but the hard work of the past preparations did not pay off for me! I don't live by the motto “Being there is everything”! Still, I love my sport and, if my planning works out, I will start again next spring next year. I will continue to work on my weaknesses to bring MY ideal of a Women Physique body to the stage! I will try to distance myself from all the political "banter" and do my thing! But of course the hope remains that I'll be seen someday ... However, my future lies in my personal training and building a new career. Even at 46, I still have big dreams that are worth fighting and working hard for!

Question. What would you recommend to women who are aiming for a career like yours?

Nathalie. I recommend all women who have big dreams to live them and not stay in them! Take everything with you! It takes hard work, diligence and perseverance, no matter in which area, but if you prove all of this, everything is possible!

Unfortunately, in recent years I have seen more and more women who, for example, want to go on a stage, but only for a secondary motivation, so no real athlete's heart!

Question. How did you experience your athletic career yourself?

Nathalie. My athletic career went very fast. I didn't start for the first time until 2002, when I was 32 years old, but from then on everything went so quickly ... German champion, European and World Championships, Arnold Classics and then the Pro Card in 2011! It all passed in a flash and sometimes I have to pinch myself if I hadn't dreamed all of this! Actually, I'm almost always on some stage lol…. I owe a lot to my sport! As a result, I have grown and matured into an independent woman! I lamented earlier about some bad experiences that affected some placements, but my sport has shaped me and has given me so many beautiful, unforgettable moments!

Question. What successes are you particularly proud of?

Nathalie. I am actually proud of all my preparations because I always persevered! But of course there are these special moments ... the first German championship title in 2002, the vice world championship title in 2005, that moment in which I was given the silver medal ... And then my first win since I became pro ... 2014 Pro Mozolani ... You stand with only one other Athlete on stage and 2nd place is announced, and your name is not mentioned….

An indescribable feeling because I knew that participating in the Olympics meant for me! Then stepping onto this stage through the capital O was probably the most important moment in my career! This is what I dreamed of when I started this sport when I was 14!

Question. How do you find the development in women bodybuilding?

Nathalie. I actually think it's a shame that there is no more women's bodybuilding on an amateur level! Even at the Olympics there is no longer any women's bodybuilding. You could say viciously, it's your own fault, but I think that everyone should shape their body the way they want! It was criticized that women were too masculine, too violent, etc.

In recent shows, women who could go straight to the women's bodybuilding class won! But, as already mentioned ... in the end everything is politics anyway, and I just do my thing

I prefer to use the body I have created for Fibo, shootings and other projects 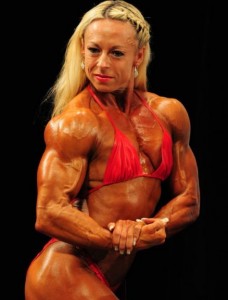 Question. What do you think of the women's bikini class?

Nathalie. The introduction of the bikini class in 2009 has likely saved the sport financially to this day.

With the introduction of these and similar classes, the dream of going on stage is easier to fulfill. This means that more athletes start, hence more money ...

This is always a good argument because we need full coffers to finance our sport.

Personally, however, I've had a lot of bad experiences with this category. The young women are often only secondary motivated, have no stamina and often no idea what preparation for a competition really means.

What particularly bothers me is that many of them don't know anything about the history of our sport, or sometimes they haven't even watched a competition. It is the wish to be the center of attention once in a lifetime, or even to be famous, maybe to compensate for one or the other problem.

That has nothing to do with “being an athlete”!

There are of course exceptions, such as Kathrin Hollmann, Valeria Amirato or Anna Maier, whom I really appreciate!